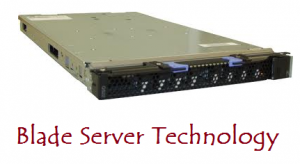 A blade server is a server with a limited number of components with the modular design for minimizing both the space and also the energy consumed by it. It is a cost effective approach with little maintenance and also support cost.

Chassis is referred as a module with some empty slots where modules can be added like front end modules or even add-on modules based on the requirement. The major component of the module includes the processors, the usage of RAM, the hard disk and much more.

The modules include common power supply modules, and also the cooling modules or the common fan modules, for storage requires the storage module, for input and output operations requires the input/output related expansion module.

We can conclude that blade server with the modular design is used for minimizing both the space and also the energy consumed. It is a cost effective approach with little maintenance and also support cost.