The aim of this Rocker Bogie Suspension System project is to develop a surveillance robot for defense which is capable of moving in all surfaces and is capable of driving in rock terrains and live video streamlining with help of a camera. 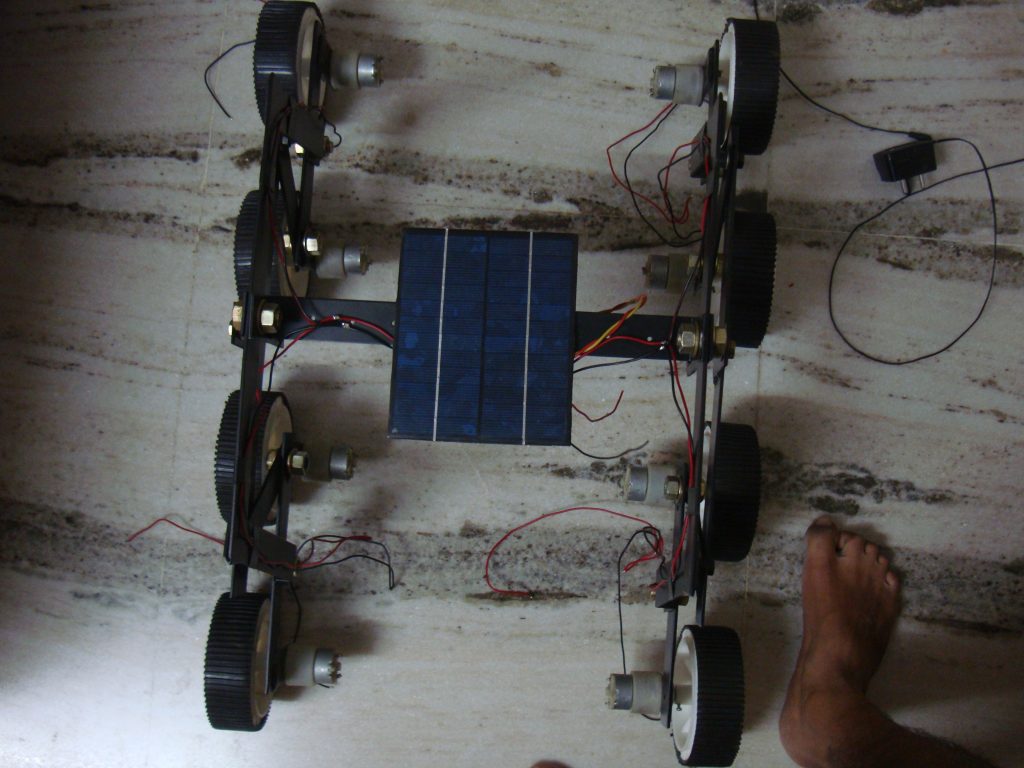 Coming to the mechanical structure of this robot it contains 8 wheels which are derived with DC motor and these motors are fixed to aluminum plates which are 220mm length, 30mm width, and 3mm thickness this has 12mm drill in the center for fixing C shape wing.

The shaft in the center is for balancing the mechanical structure for either side of robot There is push rod mechanism on either side of the robot which is helpful in limiting suspension height when driving terrain rocks which is also adjustable manually as per the requirements.

In this project we used some aluminum material as well as metal steel depending on the mechanical structure where it needs more strength and weight in particular area used metal steel material and remaining place aluminum is being used. 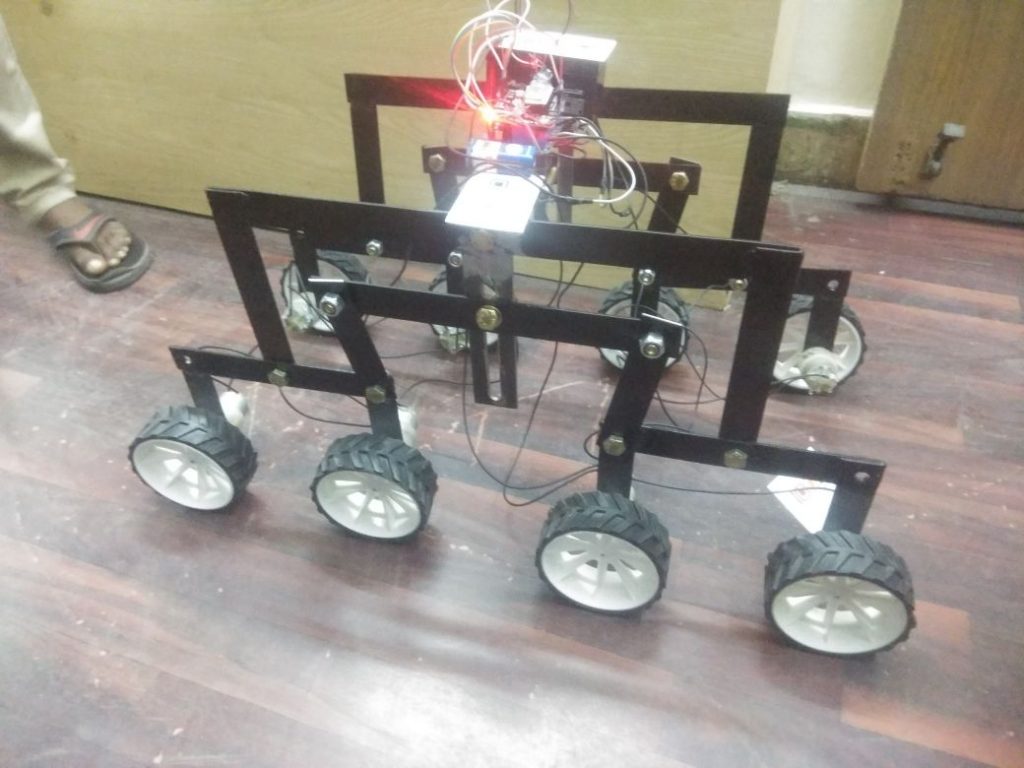 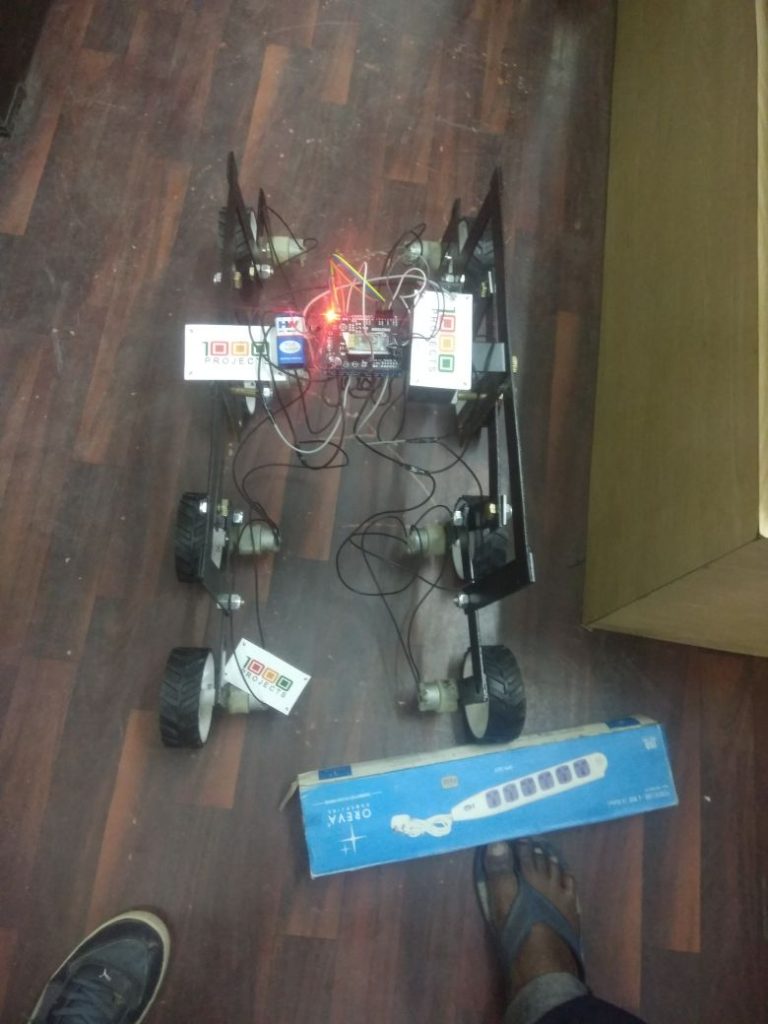 Existing model was in 6 Wheels

This can be controlled via the android app with the help of Bluetooth Network.

We have developed the entire robot in MS Sheet.

The below Project is solar based Rocker-Bogie Suspension System with Gripper attachment. 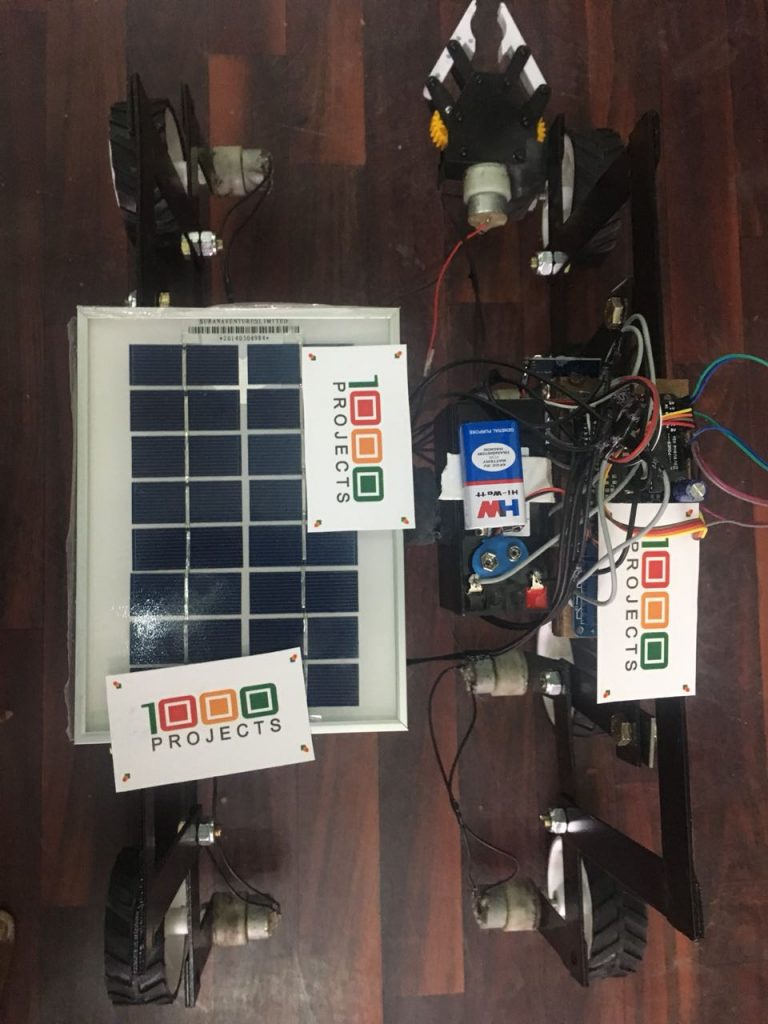 OBJECTIVE: The goal of this project is to measure pollution in the air.

This project was designed with an air pollution sensor, a virtual analog converter, an amplifier and a microcontroller with liquid crystal display. In this system, we use the atmospheric pollutant sensor to measure the pollutants that mix in the air.

It is the only type of sensor that acts as a transducer. It will produce a voltage output that corresponds to the degree of contamination, so it measures the pollutants inside the air and depends on the pollutants that generate the voltage pulse.

In the software program, we can write a set of rules to convert small changes of tension in the percentage degree of pollution.

This challenge could be very helpful in the current situation due to the fact that so many people nowadays use cars because the variety of carbon in the air is high. This is very dangerous, it can have an effect on the human body, specifically, it causes diseases of the heart and lungs.

Some manufacturing units also deployed carbon nitrate in the air. then this task measures the combined pollution in the air. 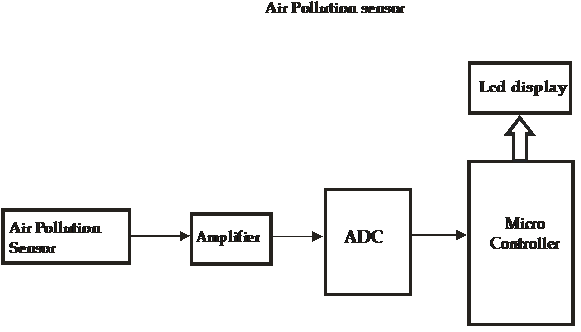 This project has the three main modules

Traffic regulations require every Motor vehicle to be fitted with a correct lighting system. The lighting system is also important for an automobile to drive safely at day or night.

Unless lighting system has been used or insufficient components being applied, it will be very dangerous for the vehicle. By demonstration set of a lighting system for an automobile may support much more knowledge of this system to the students who study the concerning engineering subjects.

Types of lamps required are;

Types of switch constituted in the lighting system are:

The circuit diagram is drawn on the panel board. 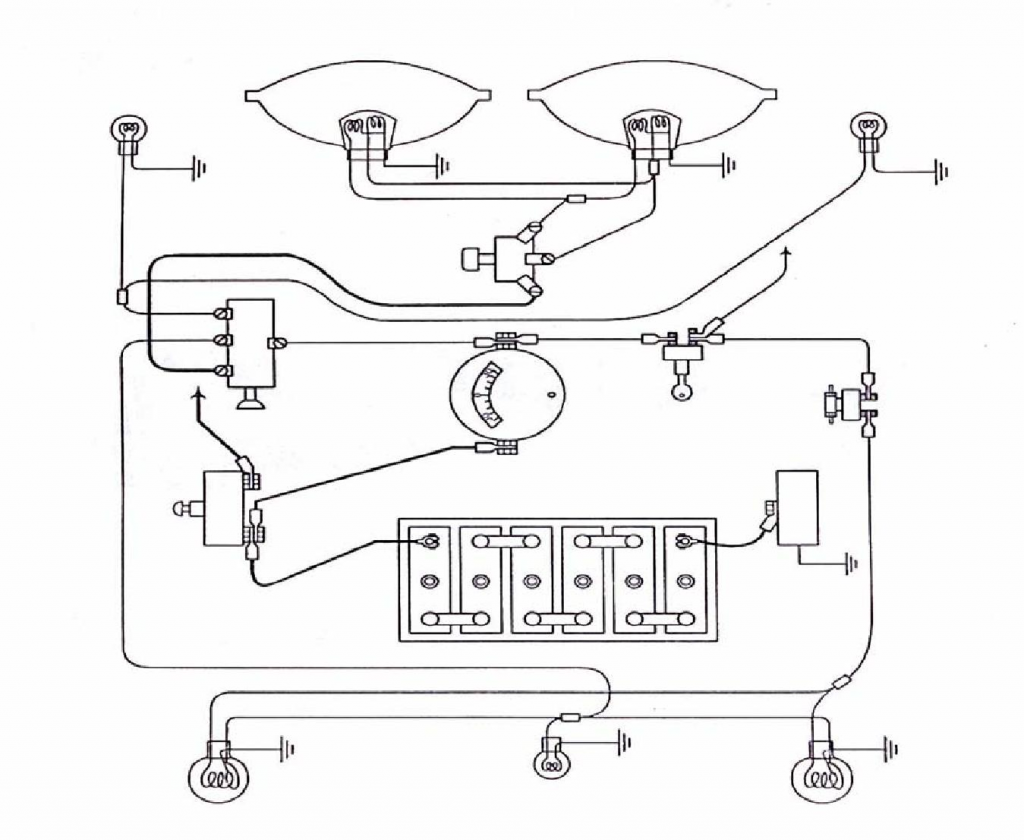 The following are the components’ specifications:

Firstly, it is calculated the current of headlamp and tail lamp. And the size of wire is selected from the table by comparing the result of current.

Headlamps must be correctly focused and aligned if the driver is to have good road illumination in the right place without dazzling another road user. They are the following. 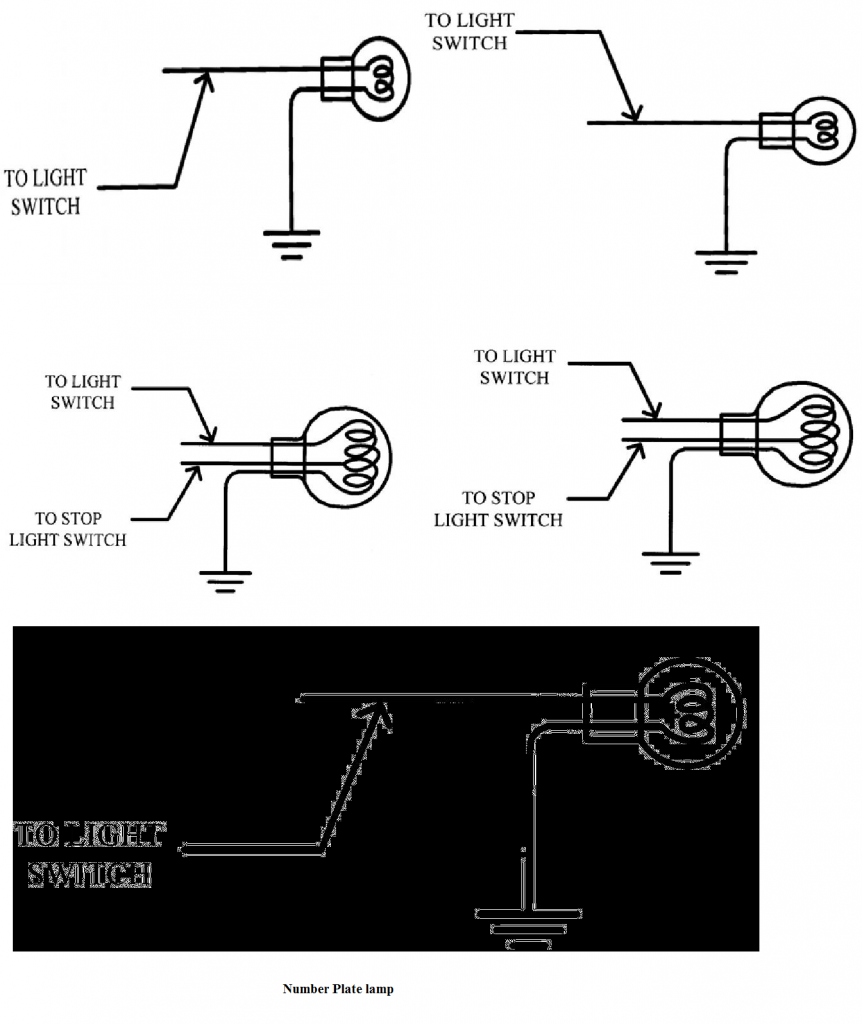 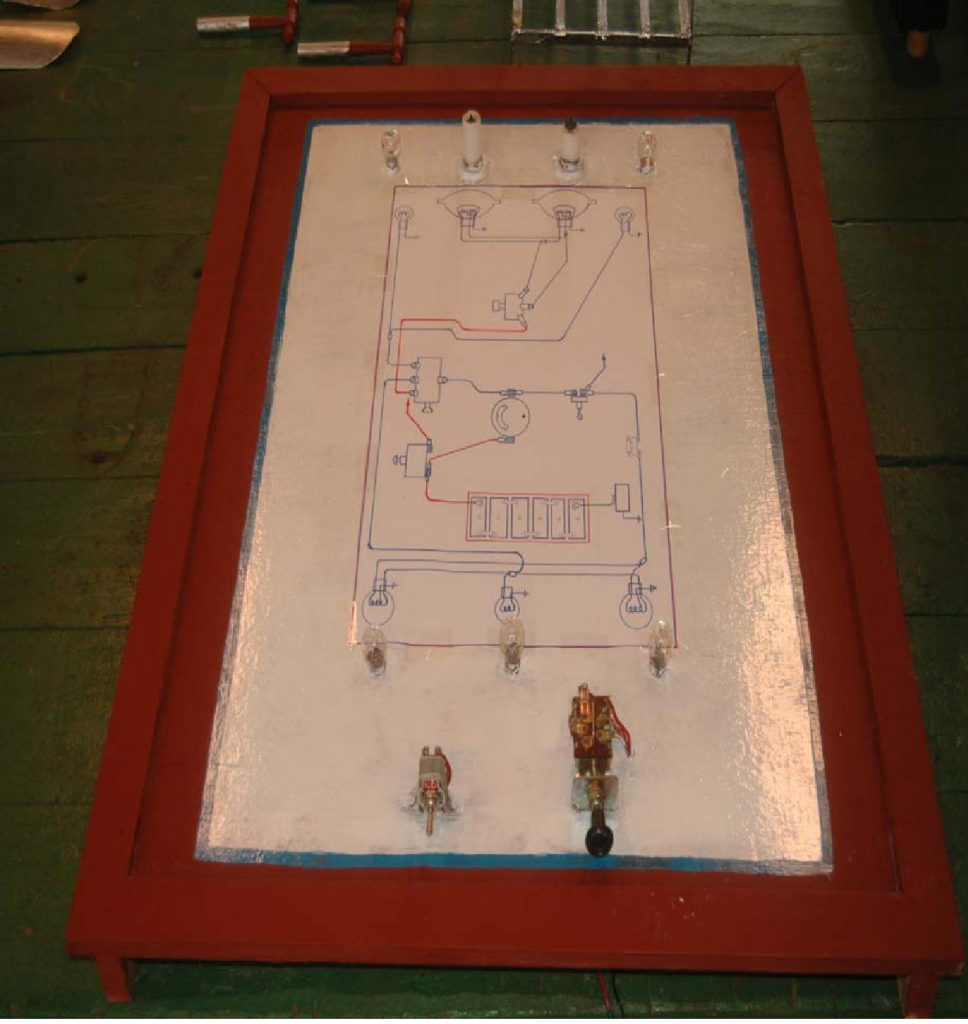 Through the structural analysis of the parts individually it is clear that structural steel can withstand more stresses, then comes aluminum alloys when compared to normal cast iron parts.

And these results continued with assembly of the 3parts i.e. ; piston, connecting rod, crankshaft

With these results it can be concluded that the parts made with structural steels are better than that of aluminum, cast iron & aluminum is better than cast iron. 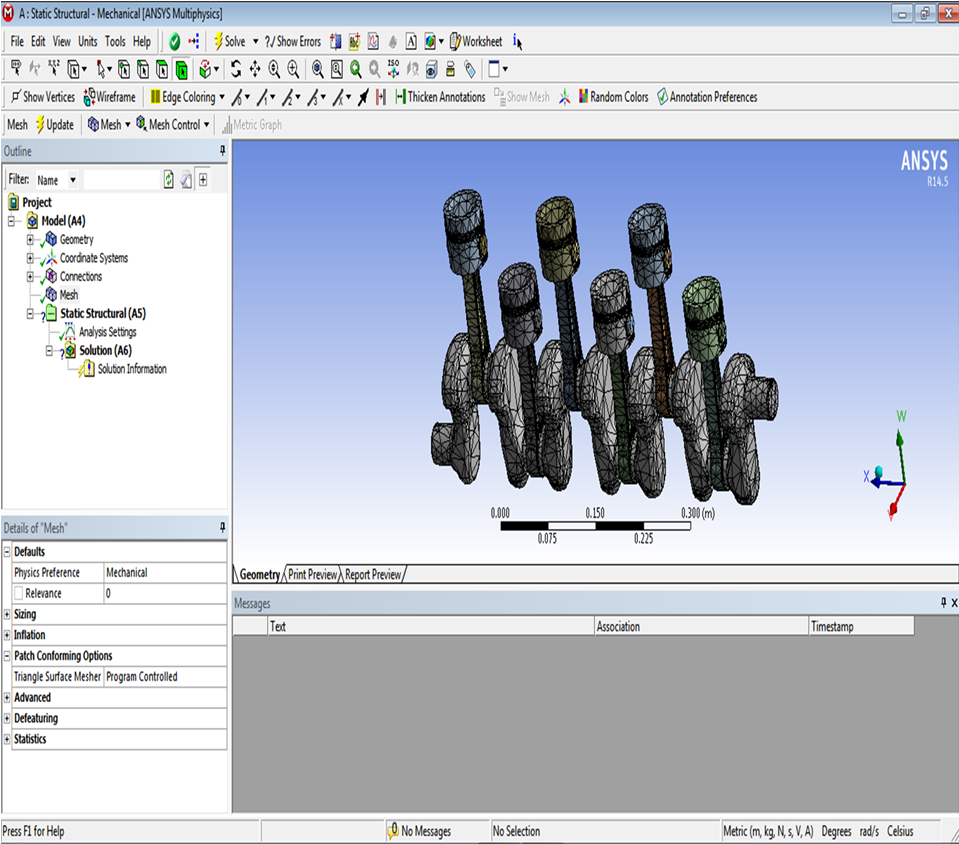 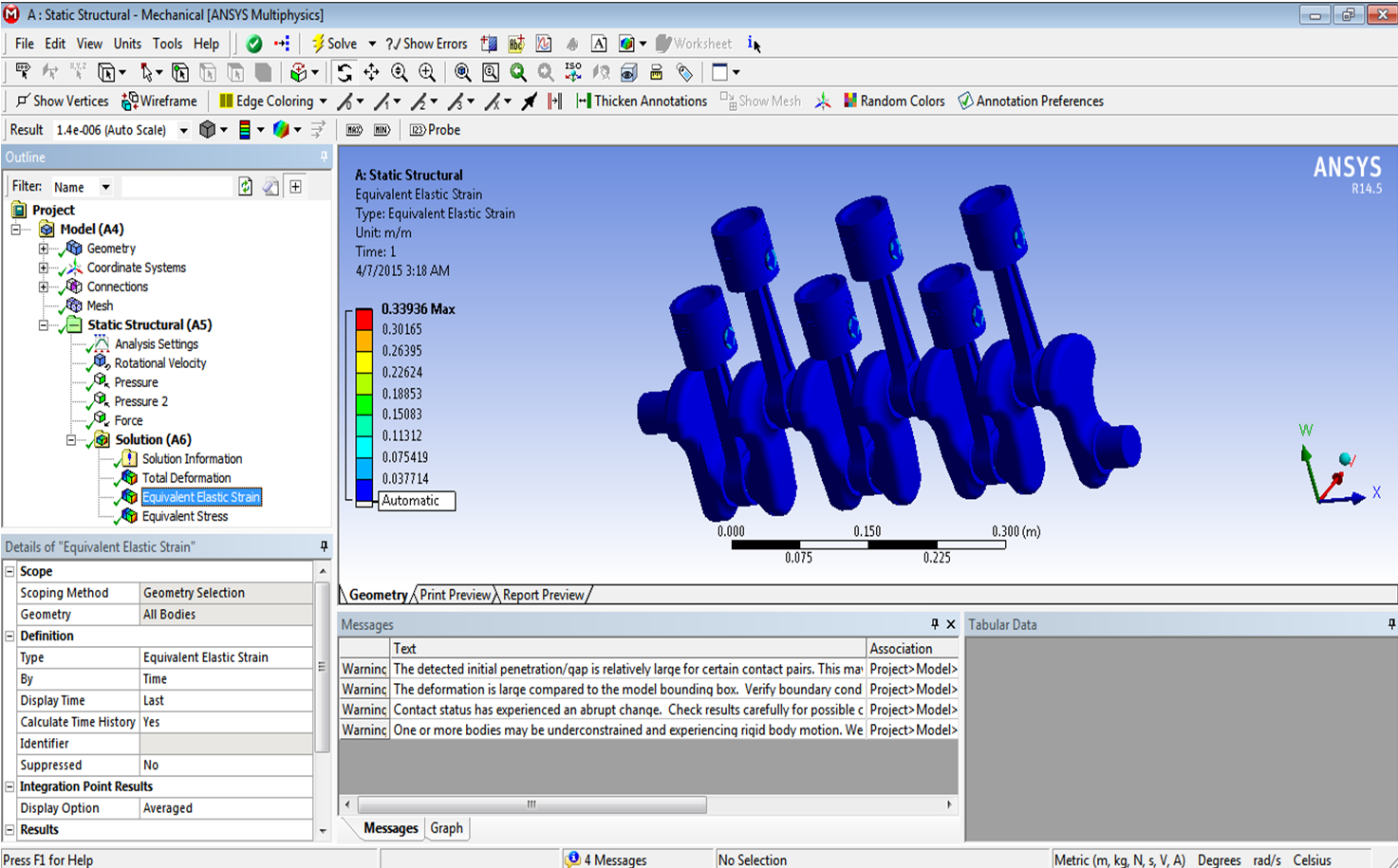 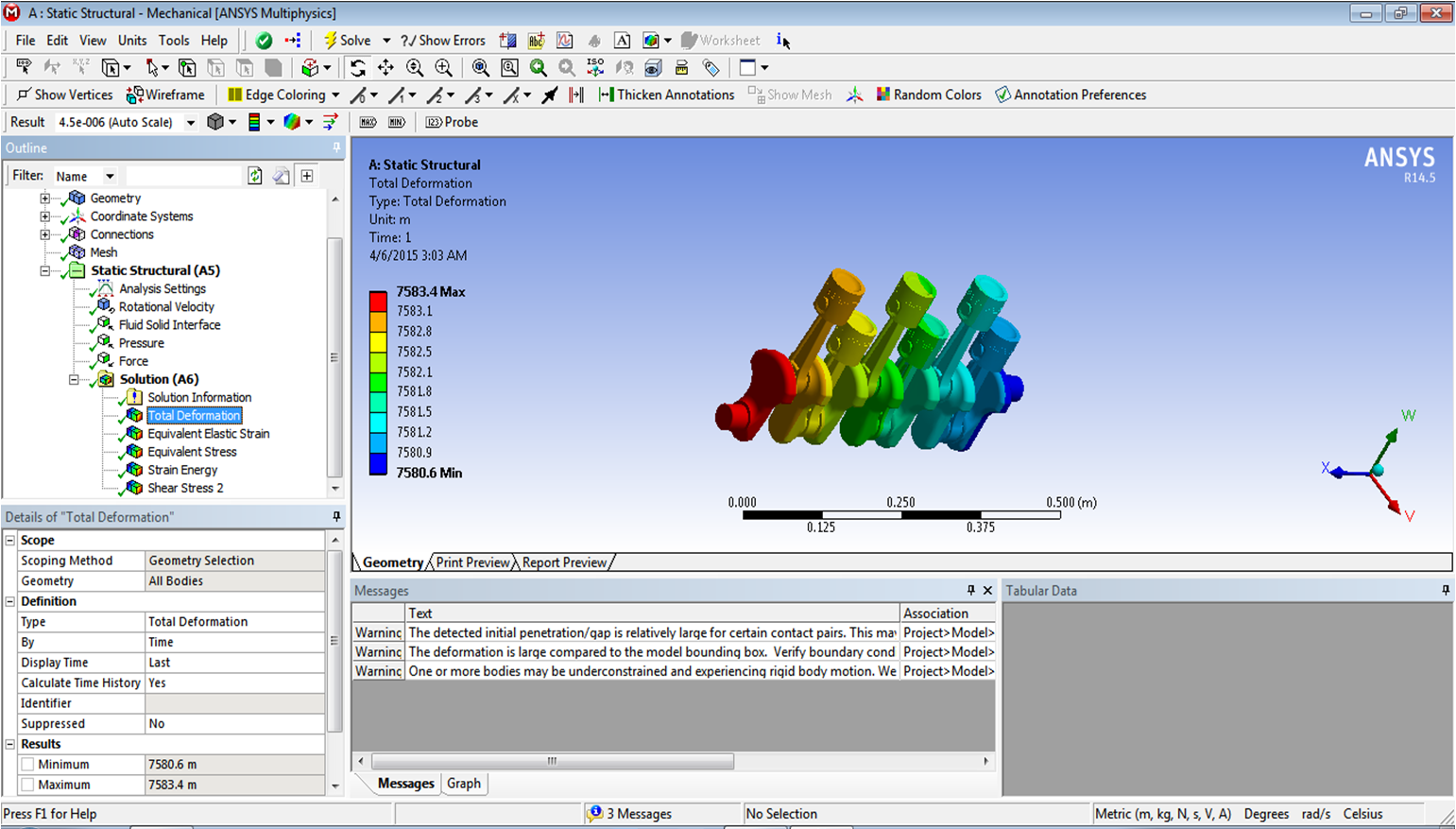 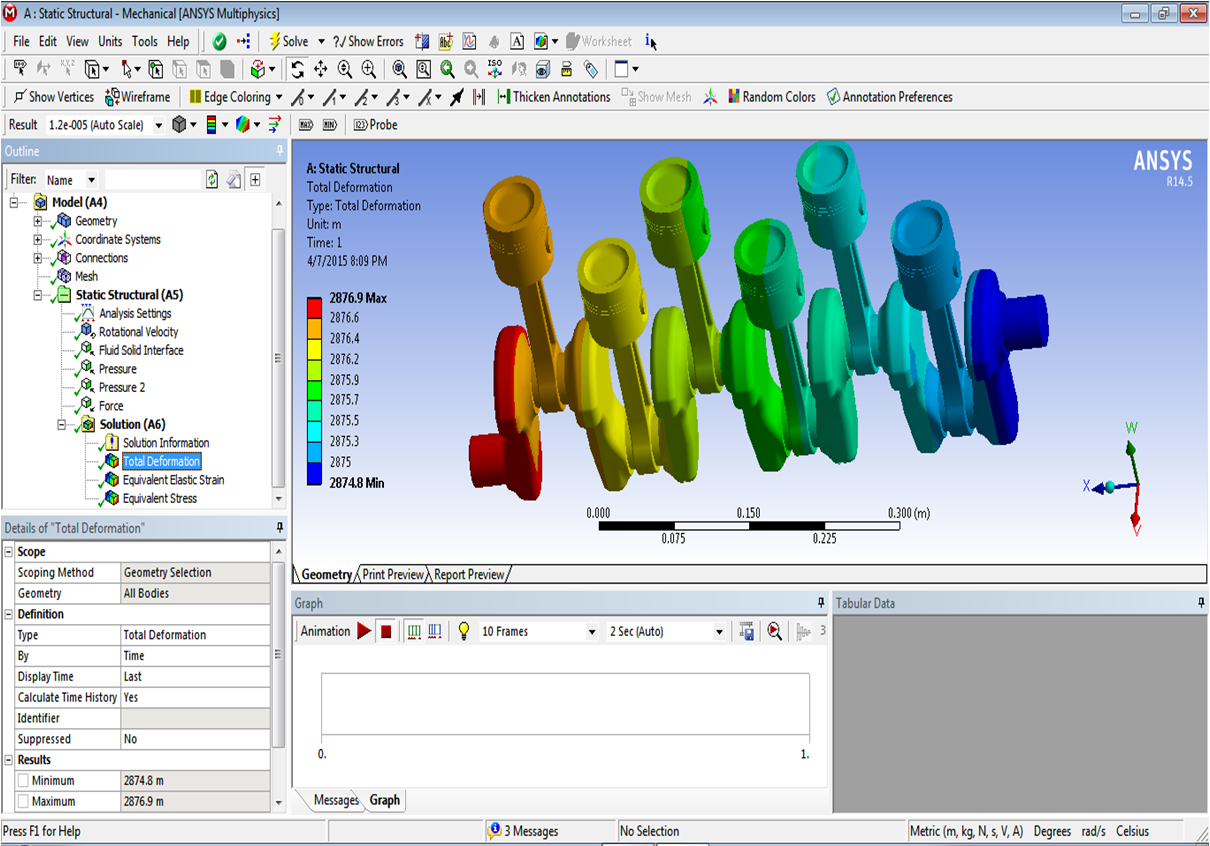 The 3 components are PISTON,CRANK SHAFT & CONNECTING ROD which are designed in pro-e are finally going to be analyzed in ANSYS so as to estimate the effects caused due to pressure, load but thermal analysis can also be done to analyze temperature & its effects.

As there are some reasons for not completely implementing aluminum & other materials in IC engine parts, they must be overcome by extending the experiments.

Many crops especially rice, need stagnant and copious supply of water for a good yield and the river ayacuts in India have been well developed for a perennial flow of water atleast during the crop season. Irrigation plays a vital role in agriculture as a leading input both directly and indirectly because the cost of other inputs like fertilizer etc. largely depend on the availability of ensured water supply in the fields.

The device is placed near a water source and the bicycle is pedalled. Due to this rotary motion, the scooping mechanism (connected to the wheel which is chain driven) scoops water from the water source and the collected water is sent to the farmlands through pipelines.

The whole device is non-polluting and totally independent of fuel, sunlight, wind etc.. Another attractive feature of this design is that the whole machine can be detached from the common bicycle, transported to the field and erected in situ.

Suitable modifications have been done to the bicycle to facilitate the transmission of motion from the rear wheel of the bicycle to the spiral scooping mechanism attached to a separate rim. A frame has been fabricated and fixed on the hub of the rear wheel so as to lift it off from the ground and thus avoid any hindrance when the bicycle is pedalled.

The whole setup is placed either in a stream or a stagnant water source like the village tank and the bicycle is pedalled. The scooping mechanism scoops the water which is now supplied to the fields with the help of delivery pipes. The designed model has a flow rate of 240 litres/hourand a head between 0.5metres and 1.5 metres. The stresses in the various members have been calculated and the factors of safety have been found to be satisfactory.

This flow rate can be increased with addition of more scoops and spirals and also by redesigning the scoop with an elliptical cross section instead of the present conical funnel. These twin changes will, in addition to increasing the flow rate by a factor of probably ten, will ensure a more uniform load torque and hence ease of operation for the worker.

The next prototype can be designed with a much larger wheel and/or a set of wheels than in the present model. One can also imagine a tandem bicycle operable by two or more workers at a time.

It is hoped that the present Bicycle Driven Low-Head Water Pump project is another step in today’s urgent search for an energy efficient, low cost, easily maintainable, non-polluting and affordable water pump to meet the irrigation needs of the small farmer in the developing world especially since agriculture all over the world is a loss making sector and depends heavily on government subsidy.