With the present day environment, and with the work pressure the individual is carrying, it becomes highly impossible to take of a family member, who is undergoing therapy.

Sometimes it may be impossible to remember his/her own medicines and their time of consumption, thereby missing their medicine or the time of its administration.

In such cases, if any equipment is there which can give some sort of indication, to the individual concerned so that he can take his medicine. The same can be used even to use for other patients also.

The doctor will prescribe each medicine time and dosage, and the same can be fed to the instrument, via a keyboard hooked up to the microcontroller. At the time when the said drug is to be consumed, the instrument provides the medicine (tablet or capsule) in the tray.

The medicine goes to the tray by rotating a motor, which dispenses only one tablet or capsule into the tray, and in the similar fashion all the drugs to be consumed are provided in the tray, and then the instrument provides the alarm.

The drugs and their timings can be programmed and can be easily programmed.

The instrument to be designed is to use an advanced microcontroller and needs to have an interface to a keyboard and also motors and sensors.

The main aim of this project is to design of low-cost intelligent wheelchair. This chair is designed for physically disabled persons.

It designed to control devices and to ask others their minimum basic needs like water, food etc. wheelchair movement is controlled by using MEMS sensor which attached to their hands; based on hand movement the direction wheelchair is changed.

To wheel chair two modes (Mode0, Mode1) particular mode can be selected by using push button. Keys are used to control the devices when it is one mode and in same way same keys are used to tell his basic requirements through voice using APR9600 voice IC.

The system uses a compact circuitry built around AT89S52 microcontroller Programs are developed in Embedded C. Flash magic is used for loading programs into Microcontroller. 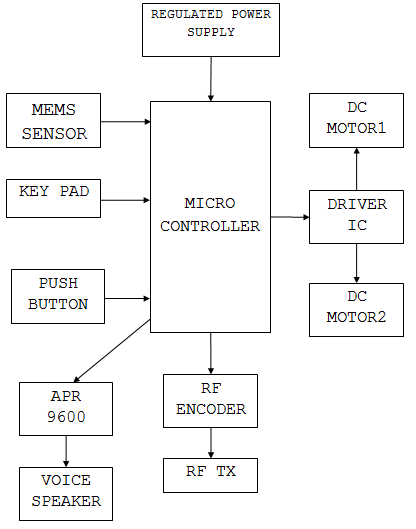 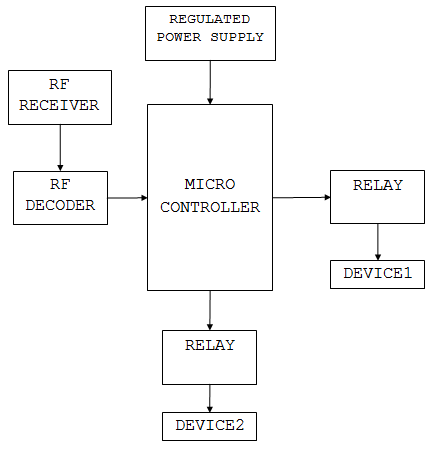 In the body, the heart is the main vital organ, which works continuously without any rest since the baby is in the womb until the death.

There is no rest for the heart and works at a rate of 72 beats per minute on an average, in a healthy person day in day out. In order to make the heart work, there is a specialized tissue located on the heart muscle and is known as Sino-Atrial node or abbreviated as S-A node.

This node generates impulses at regular intervals, and is under the control of autonomic nervous control system, and is popularly known as “natural pacemaker”.

In certain physiological conditions or with certain diseases related heart, the working of S-A node is impaired and in those circumstances the heart does not stop all at once, and provides sufficiently long time for the ultimate failure.

In such cases, there is occasional missing of a heartbeat, initially, and the disease progresses slowly, and the missing heartbeats increases in its frequency, which will lead to other problems, if not attended.

In such cases an artificial pace maker is devised and this instrument identifies the missing heart beat and provides its own pulse at the site stimulating the heart, so that ceased heart beat is continued.

In the proposed project, a micro controller based unit is devised which continuously monitors the ECG waveform, to identify the missing heart beat.

When ever it identifies the missing heart beat it provides the stimulating of sufficient energy, to make the heart function. The proposed project clearly demonstrates the function of the Pacemaker.

The main aim the project is to design “Embedded control system design for coal mine detect and rescue robot”.

The present existing method is without monitoring the environmental conditions inside coal mines, persons are sent inside and sensors are connected to their helmets, based on the sensors sensed information if any dangerous gases are detected buzzer present on the helmet turns ON.

The main disadvantage of this method is it gives information to the people present inside the coal mines only and sensed information cannot be sent to control room to take necessary actions.

In the proposed method we overcome the disadvantages present in the existing method by developing a robot to which controller, sensors, buzzer and wireless communication system called ZigBee is attached to it.

Before sending the persons inside the coal mines first the robot is sent and it monitors the environmental conditions inside coal mine using sensors and send the sensed information is sent to the control room using the wireless technology and if detects the dangerous gases inside the coal mines it automatically turns on the buzzer connected to it so as to alert people inside it.

The system uses a compact circuitry built around AT89S52 microcontroller Programs are developed in Embedded C. Flash magic is used for loading programs into Microcontroller. 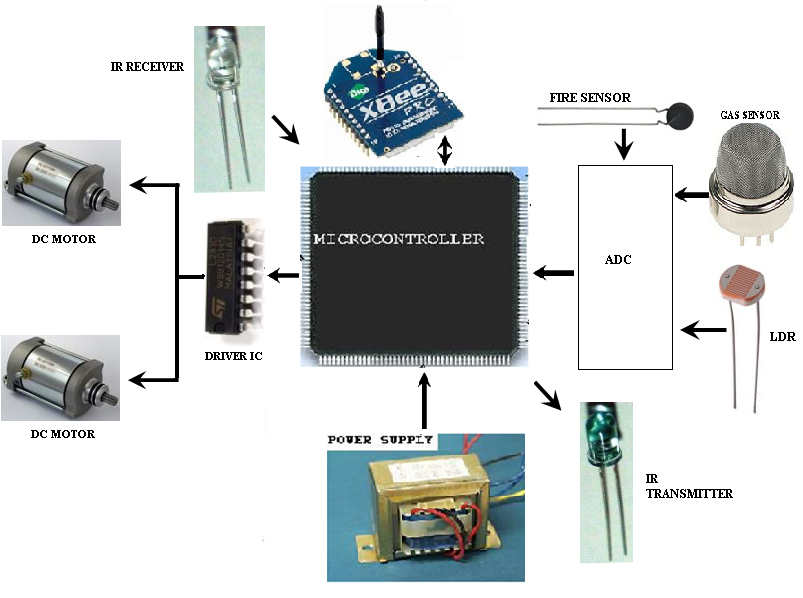 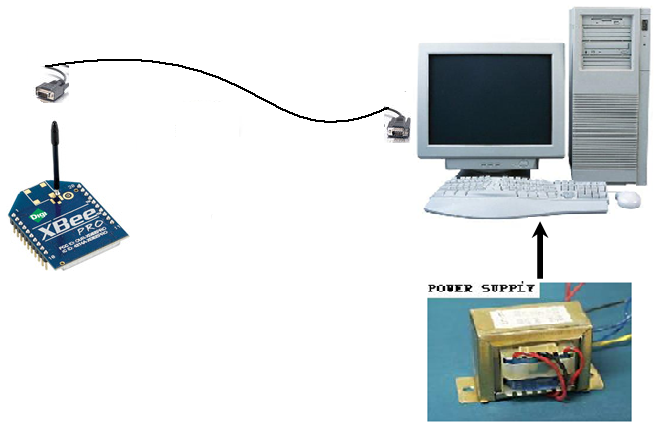 1. The 8051 micro controller and embedded systems by Mazidi.
2. Datasheets and the user manuals of AT89S52.

This rectifier gives the pulsating dc as the out put. This consists of ac ripples in order to remove this ac ripples we are connecting 1000 micro farads capacitor from which ac ripples are grounded

In this microcontroller, we write the logic program by using pulse width modulation logic & by taking LDR as a base.LDR is nothing but Light Dependent Resistor this is constructed by using cadmium material, It is operated when solar light is increasing along with it LDR increase a voltage generation within due to this resistance value is to be decreased.

If the transistor is on, it will pull down MOSFET voltage to ground so MOSFET becomes off. Likewise, if transistor is off, MOSFET conducts to make LEDs on.