In this Automatic Touch Screen Testing Machine project we are Arduino nano board which consists of Atmega328 microcontroller with 2KB RAM and 64 KB flash memory this board will act as control unit which gives signals to DRV8266 stepper driver motors and 16 X 2 LCD screen, we have 4 input switches to select menu options all these are interfaced with Arduino nano motherboard. 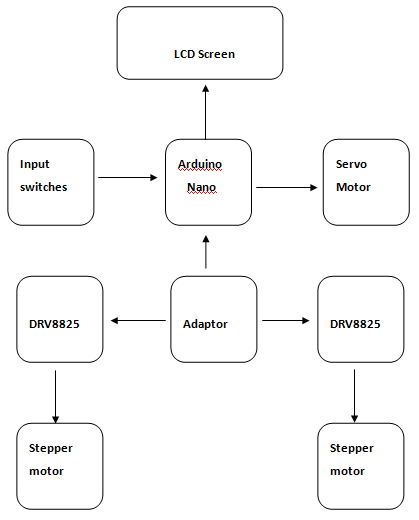 We are using 12V / 2A adaptor for powering our circuit board Arduino nano and DRV8825, Arduino nano plays a major role in this Automatic Touch Screen Testing Machine project.