We need to follow these steps to complete our Smart Agriculture System Project:

Our Project’s main aim is to help farmers to control their motors from home. He/ She can On and Off his motor by using his mobile phone.
By using Weather API he can know the weather conditions like temperature, humidity, and soil moisture. 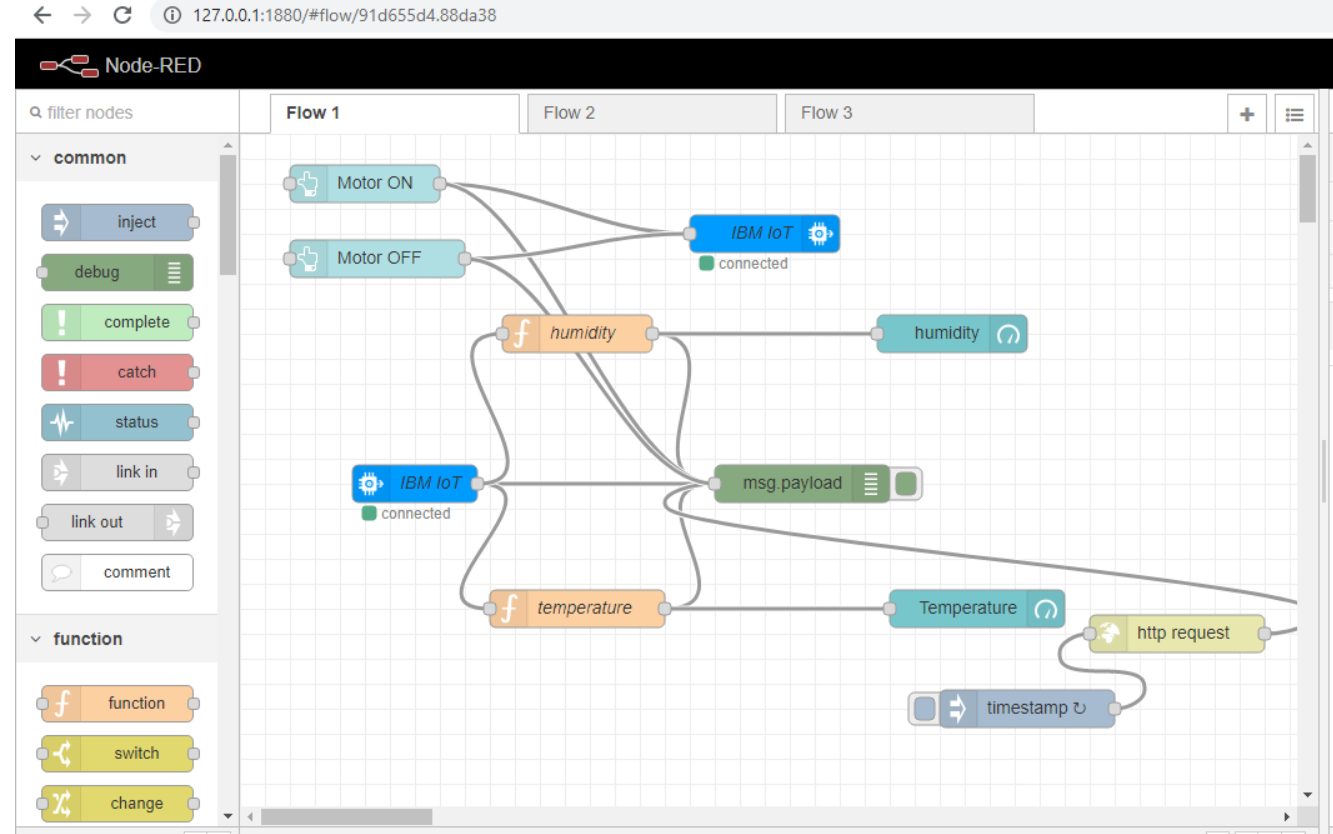 A Smart Agriculture System web App for farmers where he can:

• Monitor temperature, humidity, and Soil moisture along with weather forecasting details.
• Control motor for watering the crop through the web app from where he was.

To Run the application:

Installation of IBM IOT nodes and Dashboard nodes for Node-Red

In our project in the place of sensors, we are going to use a lot sensor simulator which gives random readings to the connected

Configuration of Node-Red to collect data from Open weather API

Configuration of Node-Red to send commands to IBM Cloud