This project “Final Year B Tech ECE Project on Base Transceiver Station (BTS)” or cell site (BTS) is a device that assists in wireless communication between the given network and user equipment (UE). Devices that come under UE’s are mobile handsets, WLL phones, and computers possessing wireless internet connectivity. The network of wireless communication technologies maybe GSM, CDMA, WAN etc. it is important to note here that BTS is a part of the GSM system.

The Base transceiver system is a network element which maintains the air interface. It is responsible to manage signaling of air interface, ciphering and also speech processing.  Speech processing here refers to the set of functions that BTS performs to guarantee a connection that is error free. 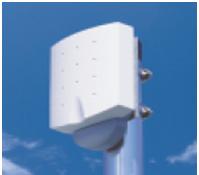 The BTS, BSC and TC together combine to form the Base station subsystem (BSS) which is actually a part of the GSM network and is in charge of radio path control. This project focuses on the functions of the BTS (Base transceiver system). The BTS parameters are in charge of major parameters like what and which handovers, paging organization, radio power control and the most basic BTS organization.

The BTS is maintained by the BSC. This simply translates into the fact that BSC is capable of separating a BTS from the network and also collecting alarm information. The BSC further synchronizes the BTS which is connected to the specific BTS. Synchronization is very important because it helps to coordinate calls and sometimes if it’s not done, calls may not be established.

This project thus establishes how important the BTS system is for wireless communication. Though it is a part of the BSS, yet most of the tasks are executed by Base transceiver system. In other words, it is the heart of the wireless system- a very important tool in the field of mobile communications.