The “ Virtual Private Network Project (VPN) ” has emerged as one of the leading technologies at present and has attracted the attention of many organizations looking to both expand their networking capabilities and reduce their costs. 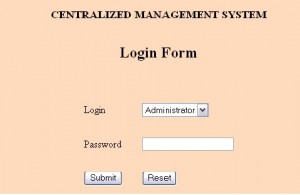 This paper deals with the upcoming technology, VPN – Virtual Private Network which has proved itself to be lot reliable in transferring data between remote places via a secured network thus paving way for Data Security

The VPN has the ability of providing connection between the user (client) & the server of the organization not within the workplace itself but from home too with the data being transferred & received in a highly secured way. For example Telecommuters and those who travel often might find VPNs to be a more convenient way to stay “plugged in” to the corporate Intranet.

This paper deals with the ideas of implementing a VPN connection featuring the general working of the whole process, protocols involved, basic concepts of VPN, establishing the tunneling mechanism, the methods of data encryption and decryption along with the discussion on enhancement models.

This project throws light on the concept behind in establishing the VPN connection taking into consideration the Key Aspects of VPN namely,

Each stage explains of the ways in which these get invoked. Hitherto the Architecture of the same along with its types has been discussed. The role of the various Protocols namely PPTP, L2TP and IPSEC are clearly explained citing a “Transport Mode” configuration of IPSEC on a Windows 2000 server. We have also discussed the configuration of Routers giving a sample program for the same.

A VPN supports at least three different modes of use:

We have also discussed about providing Certification, Authentication.

A certificate authority (CA) is a third-party organization that verifies the information or identity of computers on a network, and issues digital certificates of authenticity.

Digital certificates are used in a network security system to guarantee that the two parties exchanging information are really who they claim to be. A certificate authority keeps a complete list of all certificates it has ever issued and information on their status: valid, expired, or revoked.