ABSTRACT:PLATFORM AS A SERVICE ON CLOUD APPLICATION DEPLOYMENT

Platform as  as a service on cloud app deployment , basically a cloud application is program that runs on cloud environment which has features of desktop application as well as web application.Where as platform as a service that gives provision of of providing cloud computing services and also allows customers to develop , run and manage web application without giving the difficulty of building , running and maintaining the infrastructure.Deploy a application on PAAS using container technology, Creating instances(virtual machines) on open-stack and then put containers inside pods in kubernetes along with docker.Thus we deploy our application

– Helps create applications that can be deployed on containers. Applications can be split into micro services and each service can run independently inside a container. Also, containers can be scaled, thus allowing the service to be scale 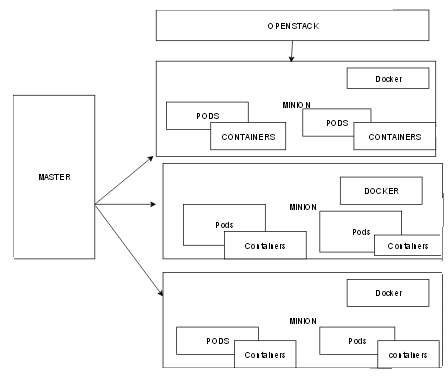 Fig: Block diagram for the model

As containers are scaled, there can be a point where the underlying non-cloud based infrastructure may not not support increase of containers beyond a particular limit. The physical hardware or virtual machines may not be sufficient, and more nodes may need to be deployed to handle the increased load.

In a traditional data center, this calls for deployment of additional servers/nodes and configuring them to allow the new containers to run on the new nodes.

A better approach would be to deploy the applications on containers running on cloud platforms. When the containers need to scale and when additional nodes need to be added, the IaaS layer can be called in to provision additional nodes seamlessly and very easily. This is the advantage of deploying micro services based applications (that has scaling up/scaling down requirements) inside of cloud environments. Also, the cost is managed by paying for only the nodes that are in use at a particular point in time.

In a traditional data center infrastructure environment (non-cloud deployments), there has to be support for maximum number of nodes (that the application may require at peak load) all the time.

13 Replies to “Platform as a Service on Cloud Application Deployment”