Geometric Packet Loss Java Project is for CSE Final year students who are interested in Network management related projects. This projects main aim is to implement a software application which can analyze packet loss accurately from end to end. Before developing this application we need to understand poisson-modulated end to end measurements. 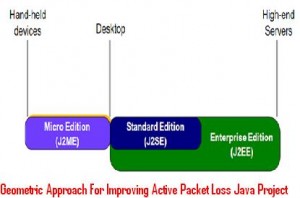 There are many improvements made by network engineers for improving packet loss but due to scaling properties of traffic in packet switched network this cannot be possible.Network operators have the ability to passively monitor nodes within their network for packet loss on routers using SNMP.

End-to-end active measurements using probes provide an equally valuable perspective since they indicate the conditions that application traffic is experiencing on those paths for better security in the network.