Bag Security is a device developed in partial fulfillment of the course of Microcontroller and its applications that gives an indication to the owner whenever the Bag zip is opened when it is carrying. This School Bag Security project also displays the number of books in the bag which is useful for children below 10 years to verify whether they are carrying the same number of books they bought from home or not.

OUTPUTS IN BOTH PROTEUS AND HARDWARE:
CASE 1: INCREMENT OF BOOKS: 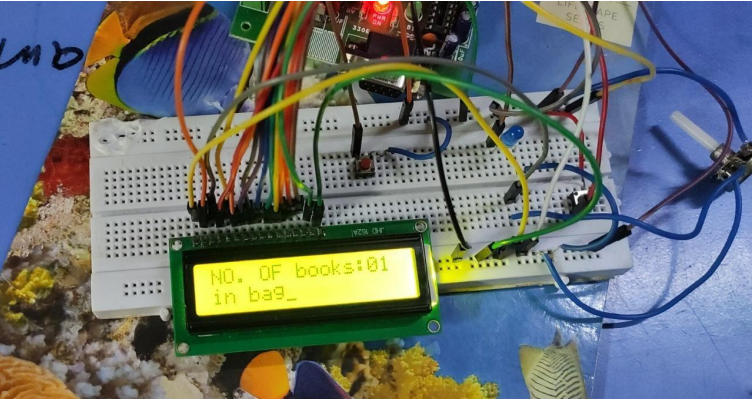 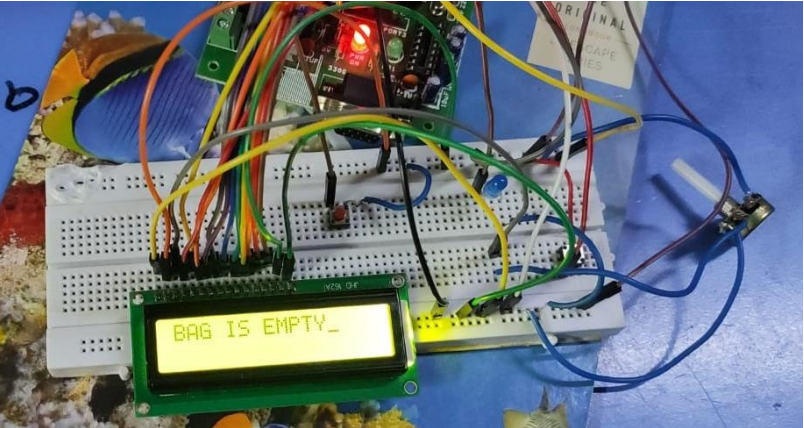 CASE3: WHEN ZIP IS OPEN: 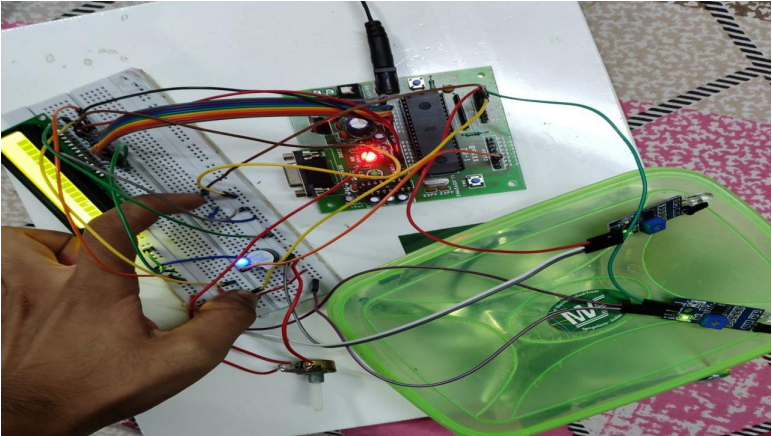 The buzzer should ring only when we are carrying the bag and also when the zip is opened the truth table explains that. So, we kept the switch on the bag Zip and the Ir sensor below the zip inside the bag. When the switch is on and also the Ir sensor detects the light then the buzzer or LED will be ON.

We have designed a device that will ring the buzzer only when we are carrying the bag and also when the zip is opened. And also, we have included an LCD which displays the number of books in the Bag.

This project was developed with an 8051 Microcontroller.