The project deals with X-Ray Annotation.

An X-Ray is a form of electromagnetic radiation with a wavelength in the range of 10 to 0.01 nanometers, corresponding to frequencies, x-rays are primarily used for diagnostic radiography and crystallography. X-rays are a form of ionizing radiation.

It utilizes electromagnetic radiation to produce an image of an object, and usually with the purpose of visualizing something located below the objects surface. Medical x-rays are being produced; a thin metallic sheet is placed between the emitter.

The basic production of x-rays is by accelerating electrons in order to collide with a metal target. By testing x-rays we all would like to find out how we stand on important health issues or other health related conditions, which could adversely affect our lives. Medical terms related to x-rays often begin with time to time checkup.

This report compares x-rays monitoring systems, point-by-point approach is used here to determine the overall best choice by using C#.Net Software and it stores in a particular place. At the end of the report, we have the list of information sources. This report uses the number system in which the sources are numbered, and these numbers are used along with page references in the body of the report to indicate the source of borrowed information.

In these days, people can be adversely affected by a disease whose effects could have been prevented by time to time testing by using C#.Net based windows application and it can be stored in particular place and later can be changed with the same application.

The X-Ray Annotation project is developed for X-ray Annotation, Annotation as per medical terminology it is a process of furnishing critical commentary or explanatory notes, i.e. thesis writing and writing a summary on the X-Ray, just like the programmer often adds annotations to source code in the form of comments. These do not affect the working of the program but give explanations.

In the digital imaging community the term annotation is commonly used for visible metadata superimposed on an X-rays without changing the underlying raster X-rays.

The key benefit is the durability of the x-ray taken as it is stored in picture Format, rather than usual film based x-ray, the sophisticated tool give an accurate look of the x-ray and enable the doctor to work on it to point the diseased area and make a information note on that area itself.

This X-Ray Annotation tool also enables to save the picture file in a particular picture format, this adds security to the picture from editing it with a photo editor to enhance to safety to the confidential information.

C#.Net Software develops to create and access information that is not going to be part of the source file itself such annotations are usually part of several software development activities.

• You can create portfolio and send it to you potential customers
• Annotations can be read from source files, class files, or reflectively at run time.
• Image storage is of a prescribed format and cannot be viewed by other image Editors
• Annotations usually follow the text of the statue they interpret in annotated statutes.
• Annotation can be added by compiler or programmer.

• X-ray image are stored in particular format, which can be viewed only by This application.
• Image conversion may lead to data loss 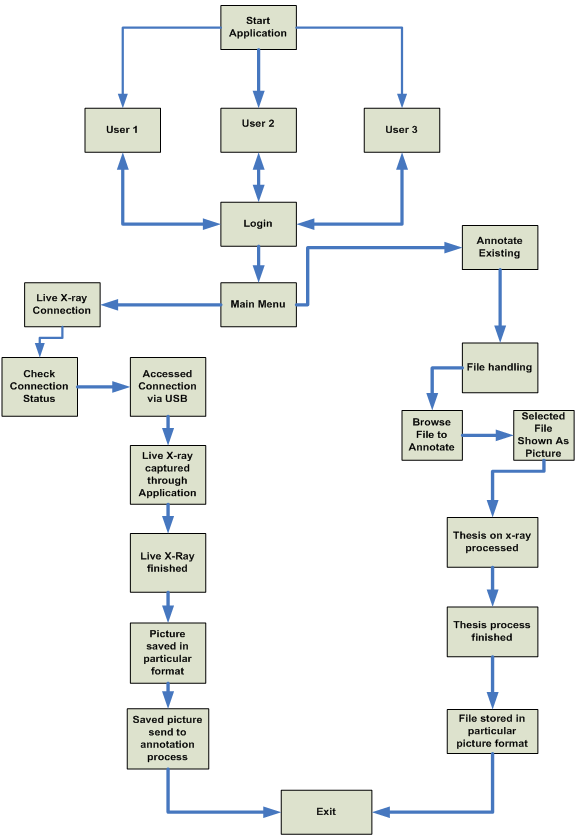