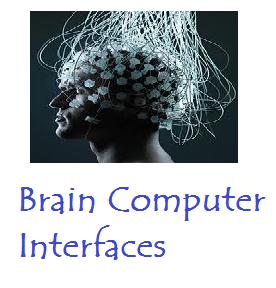 This brain computer interface paper presentation is about the interface between the brain and the computer system. And in detail explanation is given regarding them. And the paper also includes the description regarding the EEG.

An electroencephalogram or EEG is considered as a measure for the measuring the voltage fluctuations of the brain which are detected from the electrodes. It gives an approximate measure of the neural activity done electrically.

The implementation of the EEG requires the connection to that of the machine physically and also requires the electrodes which are being attached to the scalp using a sticky substance like gel. The different models of EEG are not capable of fitting to the changing needs of the users. Later we have come up with the Adaptive algorithm for overcoming this.

Beside there are many adjustments to be still done personally for each person such that EEG can be placed. Currently the system is adapting the user rather than the providing the customized services to the user. Looking forward we design a system such that the user is operating the system.

The implementation of this brain computer interface system requires precision of high value, needs an extensive training to get adjusted to the system, and also requires the lower bandwidth, including the invasive sensors and also the control of the physical devices.

We can conclude that EEG’s plays a vital role in the current applications. It gives an approximate measure of the neural activity done electrically.