The main aim of developing this Density-based traffic control system project is to provide real-time traffic signaling system in the city to reduce traffic jam.

In this project we are using IR sensors, Sound Sensors, Aurdino Omega to monitor the 4-way traffic density. Each Line has 3 IR sensors, IR sensor is basically a sensor which can detect the obstacle, basically, it works on the proximity principle, It has an IR transmitter and IR Receiver, where IR transmitter sends IR Light where it sees any obstacle the same transmitter light will be reflected back and falls on the Receiver LED. Based on the light reflection,  here we are monitoring the traffic density based on the number IR Sensors Sensed. 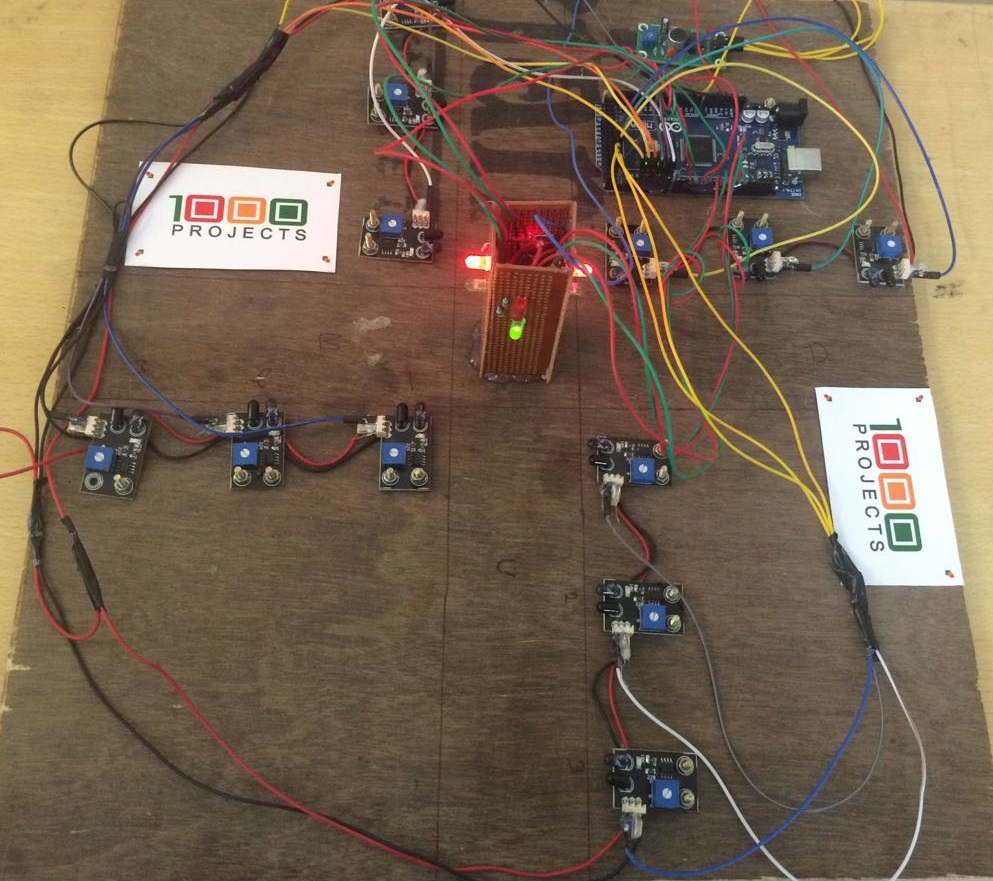 Drawbacks in the Present System:

Huge Traffic Jam on the roads with the existing system

In the Auto Mode, Traffic lights are in the Timer Mode the Time will fix for 1 minute or 2 minutes, Manual Mode takes more human effort.

Based on that we just make a priority for all the 4 sides, Moreover, in our project, we have made some complex algorithm that monitoring the traffic density based on the IR sensors, this is just too makes the Things faster in the morning times when we are going to offices.

This Project can be applied to the real-time city traffic light signaling system.