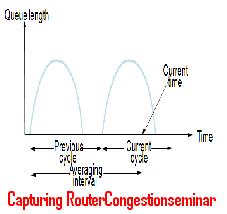 This seminar topic will cover three points of views on packet delay because of single IP router in a network of first tier provider.

There are many analysis provided on packet delay at the end of network but none of them had clear solution on accurate congestion measurement. Few studies had mentioned basic problems on packet delay causing at switching elements.