This system is a significant improvement over the existing system of complaint filing and management, and hence we believe that our project can make a significant contribution to the modernization of the governance procedures.

Citizens & Municipal Officials Connecting System is a tool designed to function as a platform for the citizens to communicate with the Municipal corporation authorities and replace the old method of writing letters and e-mails as they are a time-consuming mode of communicating with the authorities.

In this age of rapid urban development and internet connectivity, the gap in communication between the residents of a city and the Municipal Corporation that runs the city should be reduced to a bare minimum.

Unfortunately, there hasn’t been much progress in that area or it has been very slow because this topic hasn’t been seen as a priority by the authorities even with all the technological advancements, due to which the citizens have suffered as they are yet to see a channel of communication that is as fast and as up-to-date as the technology of today.

The objective of our project is to provide solutions to both – the citizens and the municipal corporation. We aim to provide the citizens with a platform, which they can use to communicate with the authorities.

Another objective of the project is to provide the municipal corporation with a tool – which they previously didn’t have – to manage all the complaints that they receive, freeing them from the responsibility of managing all the heaps of files that are present in their office.

The most important of all the objectives is to save the time of the Municipal authorities so that they can focus on multiple tasks in a single day and utilize their time more efficiently. Other secondary objectives include creating awareness among the masses about the digitization of the traditional paper-based administration – which is regarded as time-consuming – as we are moving toward the idea of a Digital India.

The following are the purpose, scope, and applicability of the city reporting system that we are going to develop.

The project has been undertaken by us to simplify the communication process between the authorities and the citizens by removing the unnecessary and time-consuming formalities that are in place right now and putting in its place a new system that uses an entirely new channel of communication – the Internet and the mobile phone.

Since the citizens can directly communicate with the authorities, it saves a lot of their time as they don’t have to follow a certain protocol anymore, the authorities will forward their query or complaint to the appropriate officer in charge and make the whole process hassle-free for them.

This way the authorities also don’t have to deal with all of the extra paperwork like forms and letters resulting from the old method of registering a complaint, all they have to do is to forward any complaint that they receive to the appropriate officer and that officer will take the necessary steps needed to solve that particular complaint.

This offers us multiple avenues where we can simplify the process of complaint filing and complaint management for both the parties involved respectively.

Citizens can have various problems, like waste disposal, water supply, sewage, drainage problems, waterlogging, etc., through the mobile application they can just simply click a picture and post a complaint, which will then be forwarded to the concerned officer. Thus we are building a single platform that can be used to resolve a wide range of issues about most of the departments in the Municipal Corporation.

Thus we can say that our project is not just one dimensional in terms of its scope we have tried to cover as many areas as we could, and we have also tried to make our project scalable so that we can build upon the existing architecture instead of building a new system entirely from scratch.

The citizens here can file their complaints in a matter of a few clicks instead of making a personal visit to the local Municipal Corporation office due to which the transportation time and cost of the citizen are saved and the paperwork is also reduced making the whole operation an environment-friendly one.

The Mobile app can also help people with certain physical disabilities to file complaints without having to worry about traveling to the Municipality office and properly handling the paperwork or documentation and going from table to table, to find the right officer to submit their complaint since the app can do both the things for them so that they don’t have to take all the trouble by themselves.

Municipal officers that have been assigned a complaint through the system will need to provide a proof-of-work that they have solved that particular issue and not just click solved on the screen and think that their job is finished, in this way we are promoting accountability of the officers towards the citizen. 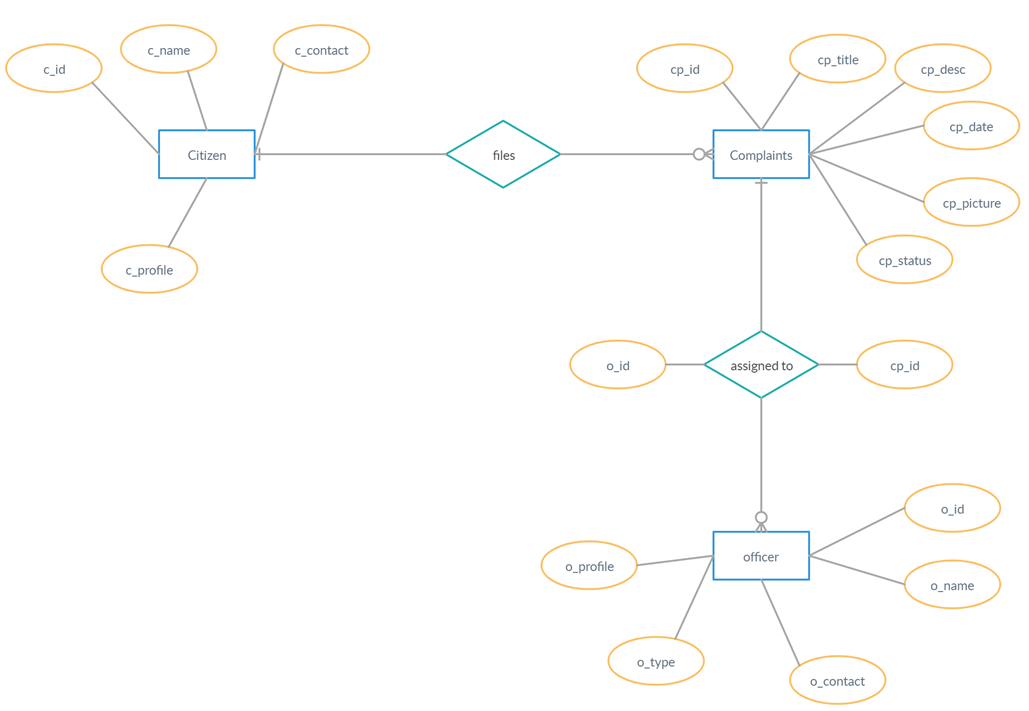 Till now most of the complaints are filed physically or via emails, which in the case of emails require multiple email IDs too, for the relevant authority of a particular department. This might take a lot of time and effort for finding the authority first, for a particular kind of complaint, and then find an email ID of the department.

Due to these multiple channels of communication, the authorities also find it difficult to track every complaint since the users might file their complaints through the medium of their choice, this leads to confusion among the authorities as there is no central system that manages all of the complaints in a single place

This system will not only save the time of the complaint filers but also allow them to track their complaint and their status at regular intervals of time. Once the complaint is solved, the user gets the update on their phone..

Nowadays it is important that if a user is using a mobile app, they have to be provided with accurate information/guidance and proper security of their data should be implemented, to create trustworthiness between the citizens and the government. Authentication and verification of users have also become mandatory now.

Here we are going to develop a system that acts as a communication channel between the citizens of a locality and the Municipal Corporation of that locality the main objective is to provide a common interface between the citizens and the authorities so that they can communicate trustfully, at ease and without any inconvenience for both the parties involved.